Born in London in 1921 to Stewart Dornberger, a German Jewish business man and Louise Warren, Alan grew up in Fittleworth, West Sussex and was educated at Brambletye and Radley College. He went up to New College, Oxford in 1939 to read History. In late 1940 Alan enlisted in the Gloucestershire Regiment and became an officer and aide-de-camp to General Sir Percy Hobart. Rejoining his regiment he took part in the D-Day landings and soon after sustained an injury. He became a conscientious objector in 1944 after the bombing of Dresden. 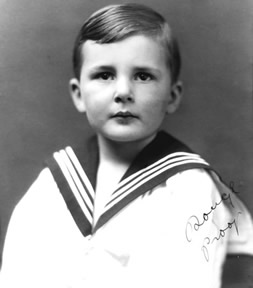 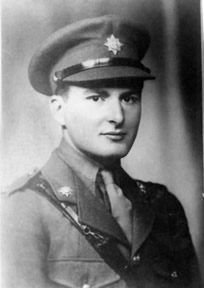 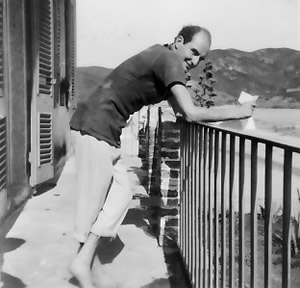 Alan returned to New College from 1945 to 1947 where he made life-long friendships. He taught English in Italy for a year after the war, where he was inspired by Renaissance sculptors such as Donatello, Ghiberti and Pisano, and after having Reichian therapy in Norway for six months he decided he wanted to work creatively with his hands.

Training as a Potter

Returning to England, Alan enrolled at Camberwell Art School where he began his life-long exploration of clay under Dick Kendal and Norah Bradon. There he met painter Sheila Denning whom he married.

He also spent a year at Farnham under Henry Hammond and Paul Barron and then in 1951 set up Hawkley Pottery near Stroud, Gloucestershire with Sheila. He became friends with a group of local artists, sculptors and weavers including Lynn Chadwick and Ralph Brown. Alan’s pots attracted interest and were sold in Heals and selected for the Council of Industrial Design’s Index of Good Design and shown regularly at the Guild of Gloucestershire Craftsmen and in exhibitions abroad. His two daughters Anna and Teresa were born at Hawkley.
Growing tired of the repetitive nature of pottery, Alan began to make figurative sculptures in clay, initially exploring the theme of communication and inspired by his friend sculptor Jack Greaves who he met when teaching pottery at Stroud School of Art. 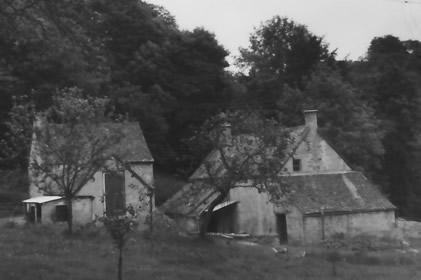 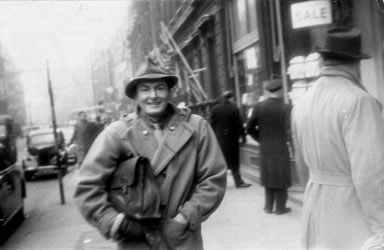 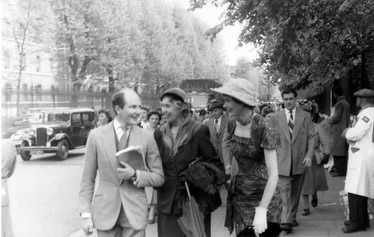 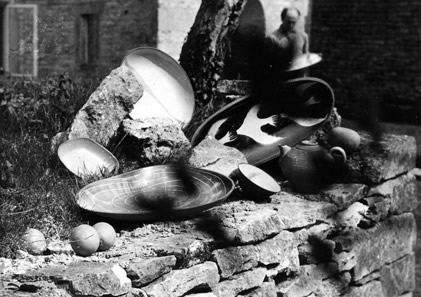 On getting a teaching job at Kingston School of Art, Alan moved with his family to London in 1959 where he set up a studio in Putney which he maintained until his death.

Here his work moved towards abstraction and he developed a technique of building with clay elements. He was inspired by the immense versatility and responsiveness of clay which enabled him to assemble, build and cut away. He also created ceramic tables which were sold at Heals in the 1960s and began to create portrait heads.

In his personal life he and his wife Sheila separated in 1968. In 1976 his son Philip was born to Susie Bittner. 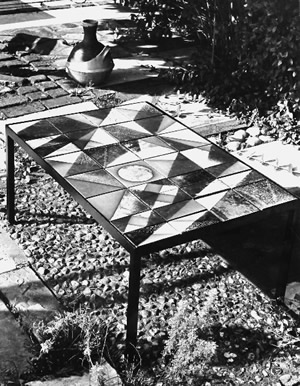 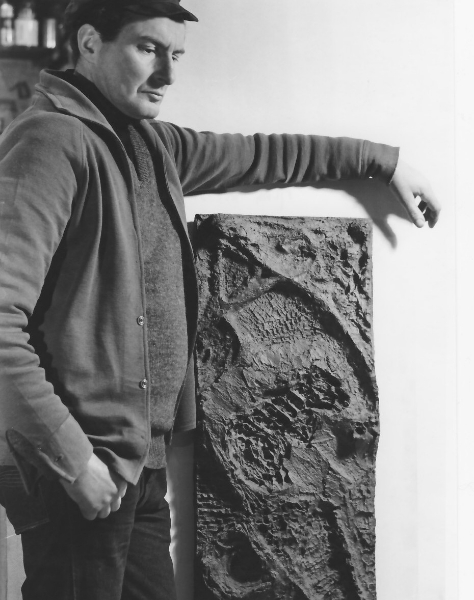 Alan began making portrait heads of family and neighbours and then started to receive commissions. He also approached a number of well-known individuals whom he admired such as Tom Stoppard and Lord Mannie Shinwell. Sitters either came to his studio or he travelled to their homes. He went to New York to do composer Richard Rodney Bennet, spent time at Summerhill School with A S Neil and studied Sir Colin Davis from a box in Covent Garden. The archive of letters connected with these heads is held by the Henry Moore Institute. In total Alan created nearly 70 heads in clay. 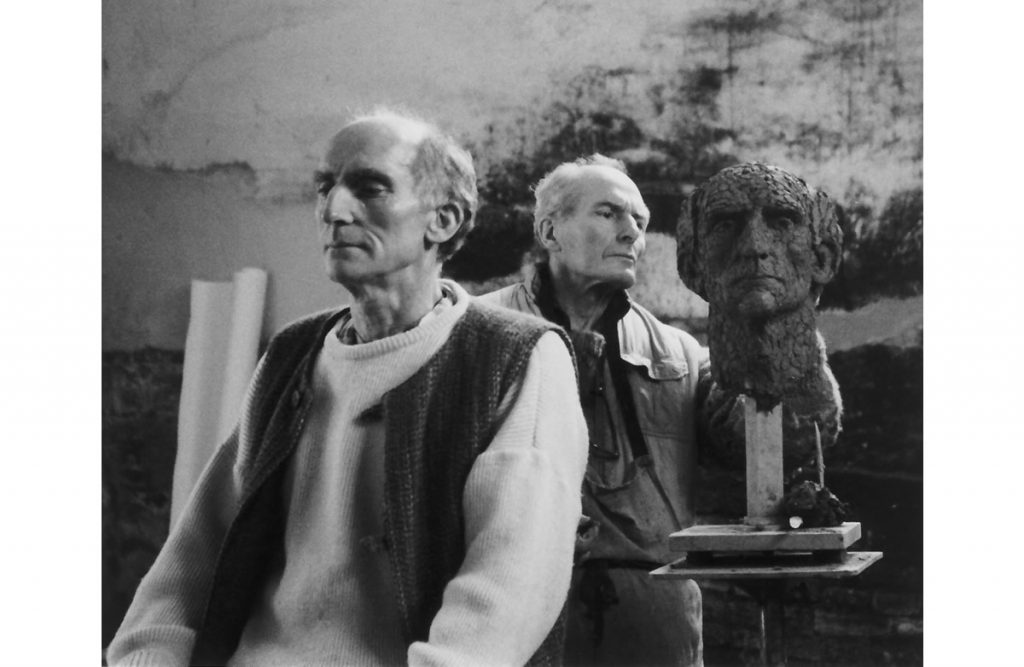 During the 1970s and 80s and while he was teaching at Morley College, Alan worked on a bigger scale, developing his improvisatory approach to produce about 12 large works. His radical methods involved dispensing with an internal armature and allowing content to emerge from his unconscious. He strongly rejected the all-pervading tendency towards conceptualism in visual art and ploughed his own furrow, being strongly influenced by improvisation in other artforms such as dance and theatre. Abstract pieces of the 1960s developed into large semi-formed groups of figures. Pacifism, Jungian psychology, and world conflicts were themes which emerged organically in his work. Nine of these pieces now form the Putney Sculpture Trail.

Alan taught pottery at Stroud School of Art in the 1950s and ceramics at Kingston School of Art (1957-61). From 1965-70 he taught at Barking Regional College and from 1970 to 1987 pottery and then sculpture at Morley Adult Education College in South London where he developed a loyal and enthusiastic following of students who appreciated his rigorous teaching methods. At Morley Alan brought moving models into the studio for his students to work from and he also created some of his own larger works alongside them.

In 1990 aged 79 he became a trustee and then teacher at the Frink School of Figurative Sculpture in Staffordshire founded by Rosemary Barnett FRBS. 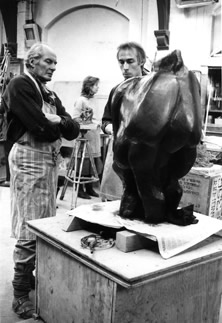 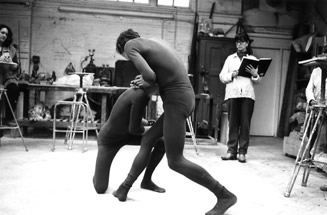 Alan had several one-man shows including at the Drian Gallery, The National Theatre, the Orangery in Holland Park, Jean Camion Gallery in Paris, Putney Exchange, St Catherine’s College Oxford and Kingscote Park in Gloucestershire. In 2007 the Putney Sculpture Trail was unveiled and in 2012 there was a major retrospective of his work at the Museum in the Park, Stroud. 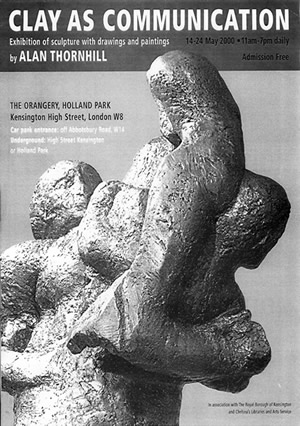 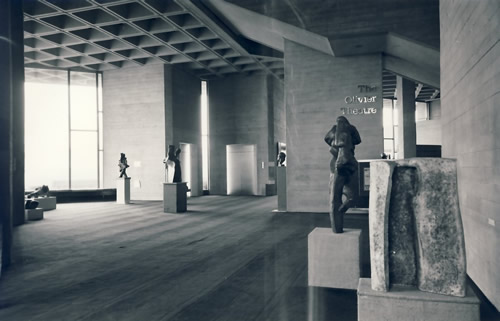 While still in London, Alan rented a tiny stable in a Gloucestershire field which he used as a retreat and occasional studio. He loved spending time in this simple rural idyll. Here he created many bold charcoal drawings and paintings of the local landscape.

In the early 1990s Alan returned to live near Stroud with his partner Kate Shuckburgh in a rambling cottage next to an old mill.
In later life Alan painted prolifically, creating self portraits, still lifes and landscapes of Gloucestershire and France, together with large bold charcoal drawings. In old age he was afflicted by a degenerative muscle-wasting condition which he dealt with courageously and he remained an active peace campaigner.
Alan died peacefully on 4th March 2020 at his home in Stroud. He was 98 years old. 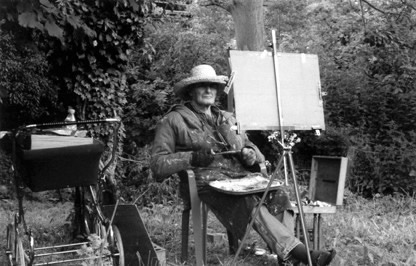 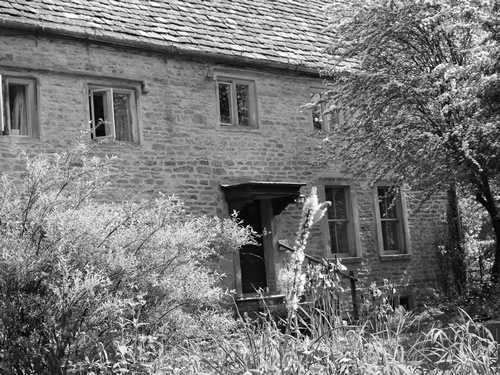 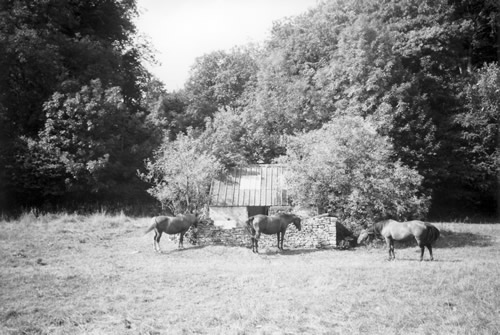