Bronze casts of most of these now form the Putney Sculpture Trail or are owned by the Museum in the Park, Stroud.

My sculptures are concerned with the ordinary but diverse human predicament and stand, I hope, as a reminder of our shared humanity. They are improvised rather than pre-conceived. They are built with randomly pre-formed non-representational shapes made in firmed-up coarsely textured clay, which is the material I have always loved to work with. The process is one of interplay with material in which the intervention of the unconscious with its ambiguities and probabilities is obediently heeded. The work evolves as an act of faith from an abstract into a figurative or at least an organic statement in accord with my general aspiration: to arrive by an uncharted route at images which strike home. 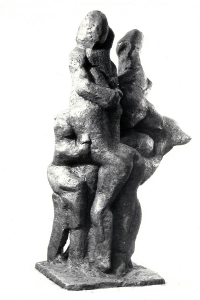 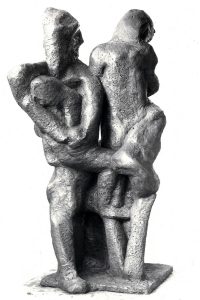 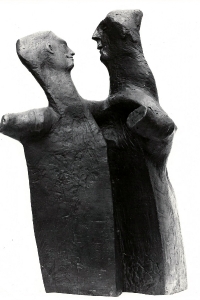 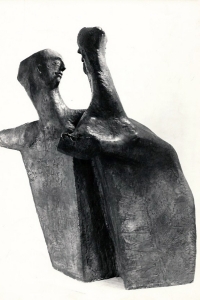 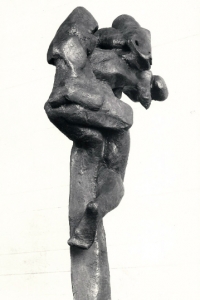 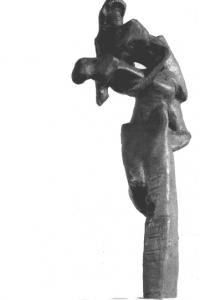 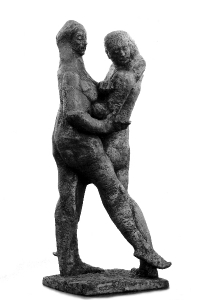 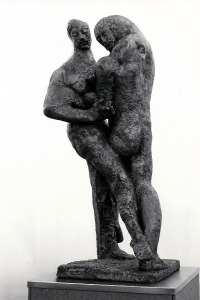 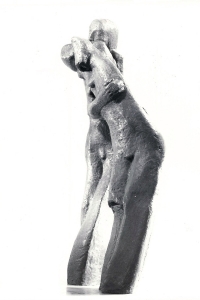 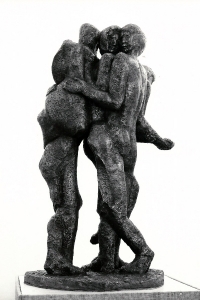 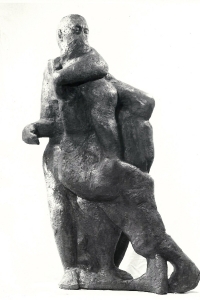 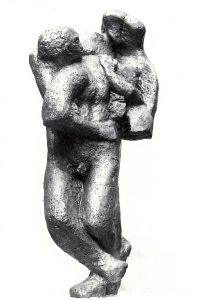 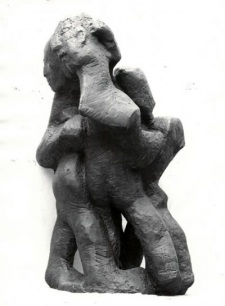 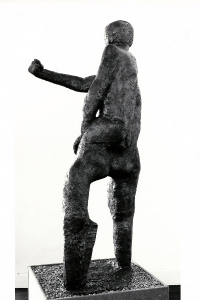 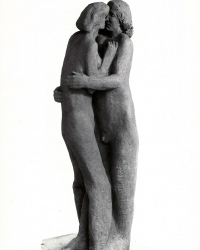